Modern CPUs have quite a few features that generic amd64/intel64 code cannot make use of, simply because they are not available everywhere and including them would break the code on unsupporting platforms. The solution is to not use these features, or ship different specialised binaries for different target CPUs. The problem with the first approach is that you miss out on possible optimisations and the problem with the second approach is that most users don’t know which features their CPUs support, possibly picking a wrong executable (which won’t run → bad user experience) or a less optimised one (which is again problem 1). But there is an elegant GCC-specific alternative: Function multiversioning!

But does it really solve our problems? Let’s have a closer look!

Many of the CPU features used in machine-optimised code relate to SIMD, but for our example, I will use a more simple operation: population count or short popcount.

The popcount of an integral number is the number of bits that are set to 1 in its bit-representation. [More details on Wikipedia if you are interested.]

Popcounts are used in many algorithms, and are important in bioinformatics (one of the reasons I am writing this post). You could implement a naive popcount by iterating over the bits, but GCC already has us covered with a “builtin”, called __builtin_popcountll (the “ll” in the end is for long long, i.e. 64bit integers). Here’s an example:

To get a feeling for how slow/fast this function is, we are going to call it a billion times. The golden rule of optimisation is to always measure and not make wild assumptions about what you think the compiler or the CPU is/isn’t doing!

This code should should be fairly easy to understand, the volatile modifier is only used to make sure that this code is always generated (if not used the compiler will see that the return values are not actually used and optimise all the code away!). In any case, before you compile this locally, click on the link and check out the compiler explorer. Using the colour code you can easily see that our call to __builtin_popcountll in line 5 is translated to another function __popcountdi2 internally. Before you continue, add -03 to the compiler arguments in compiler explorer, this will add machine-independent optimisations. The assembly code should change, but you will still be able to find __popcountdi2.

This is a generic function that works on all amd64/intel64 platforms and counts the set bits. What does it actually do? You can search the net and find explanations that say it does some bit-shifting and table-lookups, but the important part is that it performs multiple operations to compute the popcount in a generic way.

Modern CPUs, however, have a feature that does popcount in hardware (or close). Again, we don’t need to know exactly how this works, but we would expect that this single operation function is better than anything we can do (for very large bit-vectors this is not true entirely, but that’s a different issue).

How do we use this magic builtin? Just go back to the compiler explorer, and add -mpopcnt to the compiler flags, this tells GCC to expect this feature from the hardware and optimise for it. Voila, the assembly code generated now resolves to popcnt rsi, rsi instead of call __popcountdi2 (GCC is smart and it’s builtin resolves to whatever is best on the architecture we are targeting).

But how much better is this actually? Compile both versions locally and measure, e.g. with the time command. 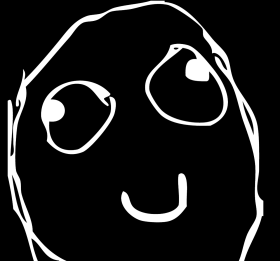 But what happens when the binary is run on a CPU that doesn’t have builtin popcnt? The program crashes with “Illegal hardware instruction” 💀

This is where function multiversioning (“FMV”) comes to the rescue. It is a GCC specific feature, that inserts a branching point in place of our original function and then dispatches to one of the available “clones” at run-time. You can specify how many of these “clones” you want and for which features or architectures each are built, then the dispatching function chooses the most highly optimised automatically. You can even manually write different function bodies for the different clones, but we will focus on the simpler kind of FMV where you just compile the same function body with different optimisation strategies.

Enough of the talking, here is our adapted example from above:

Follow the link to compiler explorer and check the assembly code (please make sure that you are not specifying -mpopcnt!). It is a little longer, but we immediately see via the colour code of __builtin_popcountll(v) that two functions are generated, one with the generic version and one with optimised version, similar to what we had above, but now in one program. The “function signatures” in the assembly code also tell us that one of them is “the original” and one is “popcnt clone”. Some further analysis will reveal a third function, the “clone .resolver” which is the dispatching function. Even without knowing any assembly you might be able to pick out the statement that looks up the CPU feature and calls the correct clone.

Ok, we are faster than the original generic code so we are probably using the optimised popcount call, but we are nowhere near our 5x speed-up. What’s going on?

We have replaced the core of our computation, the function pc() with a dispatcher that chooses the best implementation. As noted above this decision happens at run-time (it has to, because we can’t know beforehand if the target CPU will support native popcount, it’s the whole point of the exercise), but now this happens one billion times!

Wow, this check seems to be more expensive than the actual popcount call. If you write a lot of optimised code, this won’t be a surprise, decision making at run-time just is very expensive.

What can we do about it? Well, we could decide between generic VS optimised before running our algorithm, instead of deciding in our algorithm on every iteration:

The assembly of this gets a little more messy, but you can follow around the jmp instructions or just scan the assembly for our above mentioned instructions and you will see that we still have the two versions (although the actual pc() function is not called, because it was inlined and is moved around a bit).

Compile the code and measure the time:

Hurray, we are back to our original speed-up!

If you expected this, than you likely have dealt with strongly templated code before and also heard of tag-dispatching, a technique that can be used to translate arbitrary run-time decisions to different code-paths beneath which you can treat your run-time decision as a compile-time one.

Our simplified callgraph for the above cases looks like this (the dotted line is where the dispatching takes place):

In real world code the graph is of course bigger, but it should become obvious that by moving the decision making further to the left, the code becomes faster – because we have to decide less often –, but also the size of the generated executable becomes larger – because more functions are actually compiled. [There are corner cases where the executable being bigger actually results in certain things becoming slower, but lets not get into that now.]

Anyway, I thought that FMV would be like dispatching a tag down the call-graph, but it’s not! In fact we just got lucky in our above example, because the pc() call was inlined. Inlining means that the function itself is optimised away entirely and its code is inserted at the place in the calling function where the function call would have been otherwise. Only because pc() is inlined, do we actually get the opimisation!

How do you know? Well you can force GCC to not inline pc():

Just add the third line to your previous Compiler Explorer window, or open the above link. You can see that the optimised popcnt call has disappeared from the assembly and pc() only appears once. So in fact our callgraph is (no optimised pc() contained):

But how serious is this, you may ask? Didn’t the compiler inline automatically? Well, the problem about inlining is, that it is entirely up to the compiler whether it inlines a function or not (prefixing the function with inline does in fact not force it to). The deeper the call-graph gets, the more likely it is for the compiler not to inline all the way from the FMV invocation point.

Trying to save FMV for our use case

It’s possible to force the compiler to use inlining, but it’s also non-standard and it obviously doesn’t work if the called functions are not customisable by us (e.g. stable interfaces or external code / a library). Furthermore it might not even be desirable to force inline every function / function template, because they might be used in other places or with differently typed arguments resulting in an even higher increase of executable size.

An alternative to inlining would be to use the original form of FMV where you actually have different function bodies and in those add a custom layer of (tag-)dispatching yourself:

In this code example we have turned pc() into a function template, customisable by a bool variable. This means that two versions of this function can be instantiated. We then also implement the loops separately and make each pass a different bool value to pc() as a template argument. If you look at the assembly in compiler explorer you can see that two functions are created for pc(), but unfortunately they both contain the unoptimised popcount call¹. This is due to the compiler not knowing/assuming that one of the functions is only called in an optimised context. → This method won’t solve our problem.

And while it is of course possible to add C++17’s if constexpr to pc() and start hacking custom code into the the function depending on the template parameter, it does further complicate the solution moving us further and further away from our original goal of a thin dispatching layer.

¹ Since the resulting function bodies are the same they are actually merged into a single one at optimisation levels > 1 (but this is independent of our problem).

On popcnt and CPU specific features: