I decided to start a photo-of-the-month series; hopefully I will be able to keep it up. Unfortunately the upload limitation on this platform is 1MB per picture so you won’t get high-res for now. The picture was taken last fall in Oberengadin, Switzerland, close to Salecina House. It was a breath-taking sunset and I was very tired from a day of hiking, but thankful for having been there right at that moment! 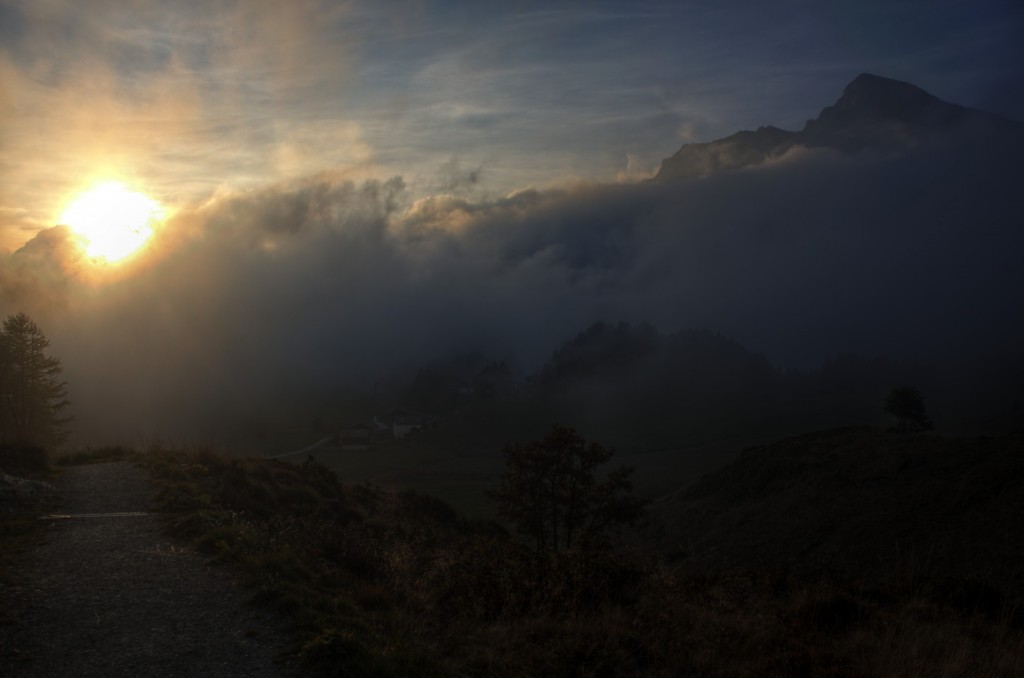 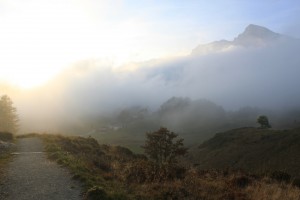 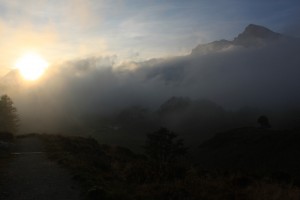 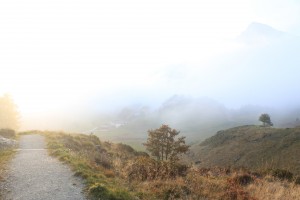 They were then joined into an HDR with Luminance HDR and afterwards two tonemappings were created, one with the Fattal algorithm and one with Mantiuk06: 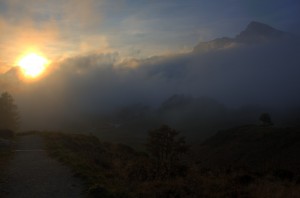 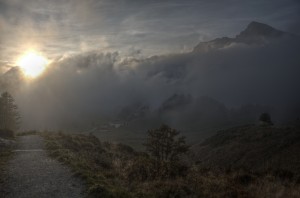 I have presets for the algorithms that I usually use, but I am not 100% sure if they were used in this case. For Fattal I usually use default settings, for Mantiuk06 I usually increase Saturation factor a little (to ~1.0) and sometime decrease contrast factor. These two images where then blended 50% each with ImageMagick into this shot: 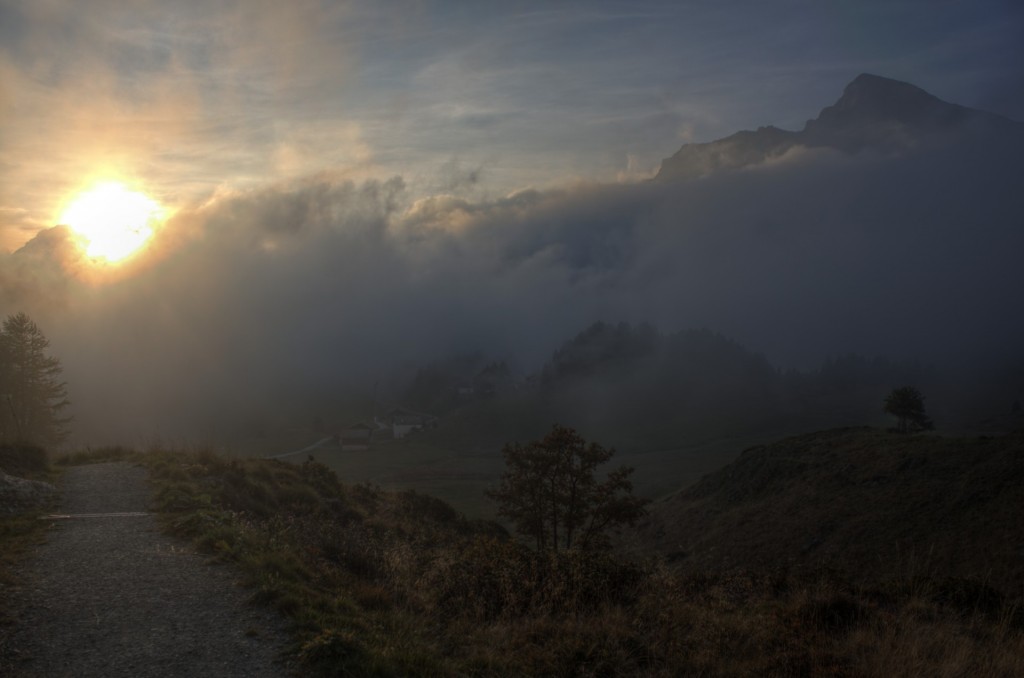 This was then finalized with Darktable, only tuning the base curve (influences brightness and contrast) to the shot you see in the beginning. If it seems a little dark to you, that’s something I also realized when looking at my pictures on other screens. My color correctness is not very good and I usually have brightness cranked up to 100% because it gives a better picture… I hope to get some nice 4k screen with better color correctness once they are cheaper.

All my photos, as usual, dual-licensed under CC-by-nc-sa and GPLv3.